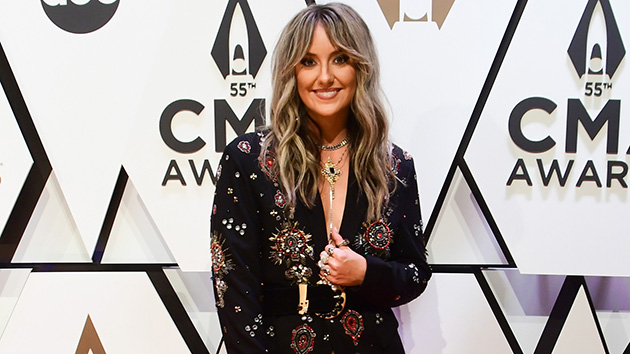 Lainey Wilson has a special relationship with ﻿Yellowstone. After featuring several of her songs in the revered show, including her #1 hit “Things a Man Oughta Know,” creator Taylor Sheridan has now written a part for her in the upcoming season.

In addition to being grateful to the popular series for introducing her music to a new audience, Lainey also connects with Yellowstone on a deeper level, as it aligns with the beliefs her parents instilled in her growing up in rural Louisiana.

“Yellowstone‘s been real good to me. They’ve put three of my songs in the show so far and really introduced my music to a crowd of people who might not listen to radio or stream music, so it’s been very helpful for me and my career,” she says. “It is crazy how what the show stands for, it really does align with the way that I grew up and the way that I was raised and the things that my parents taught me, the importance of family and believing in things wholeheartedly.”

The Baskin, Louisiana, native will continue to grow her role with the show, as she will make her acting debut in season 5. She’s become “dear friends” with Sheridan over the years, and when he called in February to offer her a part created specifically for her, it was an opportunity she couldn’t refuse.

“I’ve been acting a fool my whole life, so let’s see what happens,” Lainey jokes. “I’ve been taking a few acting lessons and I’m really enjoying it. I love stepping outside of my comfort zone and doing things that are a little scary, and this is a little scary, but it’s going to be great.”