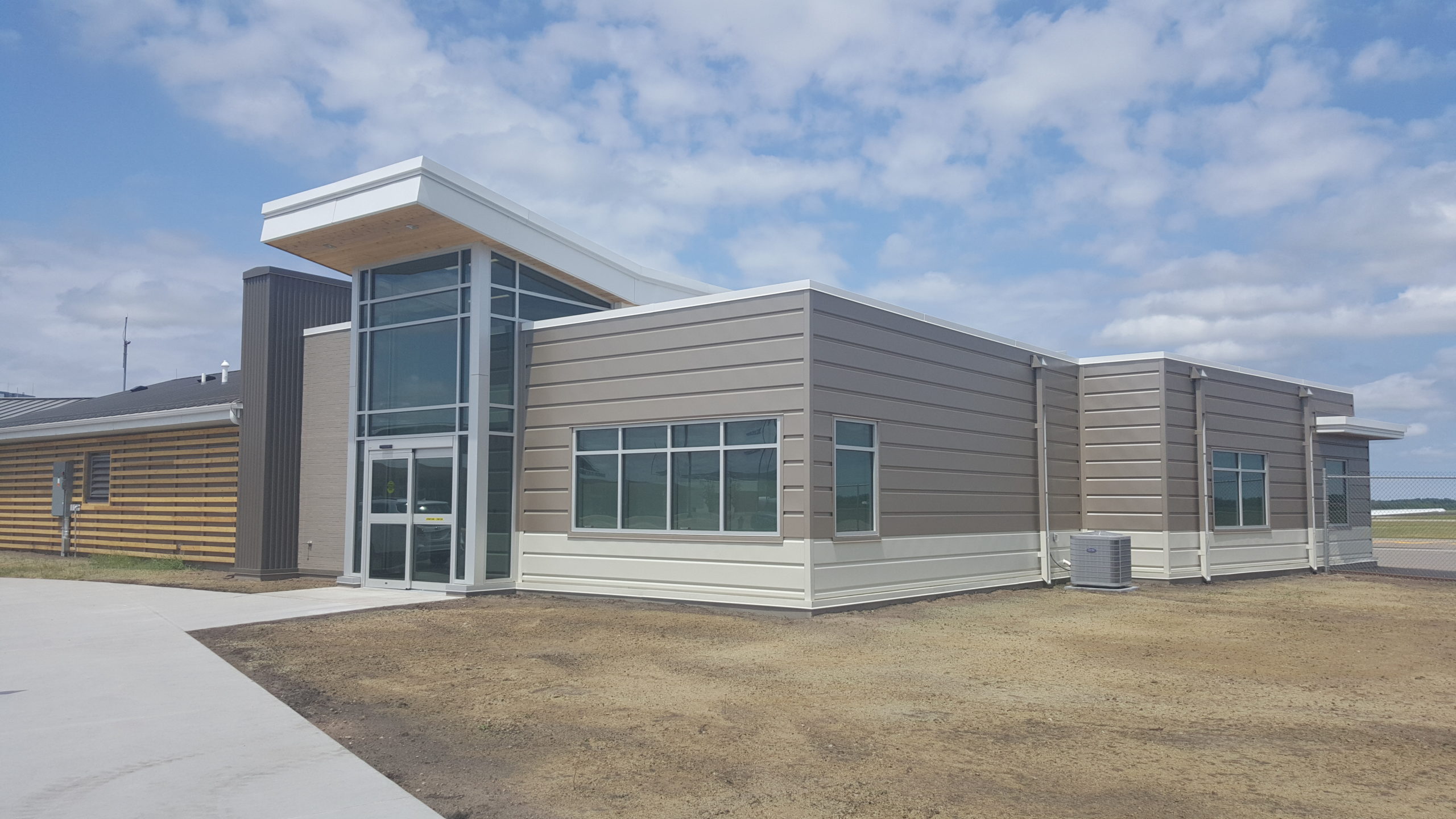 The new addition to the Brainerd Airport Terminal.

As the addition to the Brainerd Airport General Aviation Terminal nears completion an open house is scheduled for Saturday, June 29th.The open house is being described as a fly-in / drive-in event and open house for the airport. The guest speaker is Mark Baker, president of Aircraft Owners and Pilots Association. Mr. Baker will lend his insights into the future of General Aviation and what impact it has for our local community and economy. As the head of the world’s largest pilot association he has a unique perspective on the topic.

The event will include a ribbon cutting ceremony for the new airport terminal. A tour of the facility will show off the new assets, that include an expanded pilots lounge and flight prep room. Look for food to be served and for door prizes, too.

The Brainerd Lakes Regional Airport open house will be from 10 am to 4 pm and everyone is welcomed to attend.